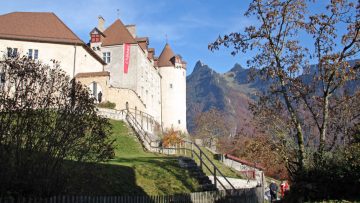 Getting to Gruyères is easy by car or public transportation (train) from the Lake Geneva region and Bern making this historic wall-enclosed town with castle very popular with day-trippers. Driving is usually the fastest option when traveling to Gruyères in Switzerland but public transportation is also a sensible choice. Gruyères is a romantic small, hill-top town with a … END_OF_DOCUMENT_TOKEN_TO_BE_REPLACED 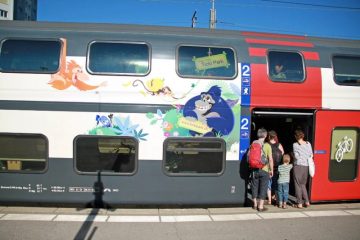 Getting to Fribourg / Freiburg city in Switzerland is easy by car or train with good rail connections to airports in Geneva, Zurich, Basel, and Bern. Traveling to the Swiss city Fribourg (Freiburg), capital of the similarly named canton, is easy from most parts of Switzerland and indeed from most of Europe. Fribourg has good road and railway connections, especially to nearby … END_OF_DOCUMENT_TOKEN_TO_BE_REPLACED 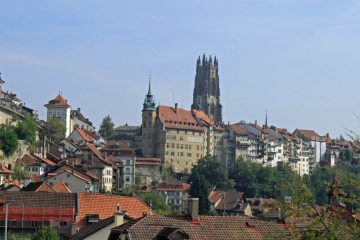 Fribourg (Freiburg) is a beautiful city with the largest number of medieval buildings in Switzerland. Below are some photos taken from two hikes through the old town and the nearby hills. The Swiss city Fribourg (Freiburg), capital of the similarly named canton, is a beautiful city with many lovely historic buildings set in the meandering valley of the River Sarine … END_OF_DOCUMENT_TOKEN_TO_BE_REPLACED