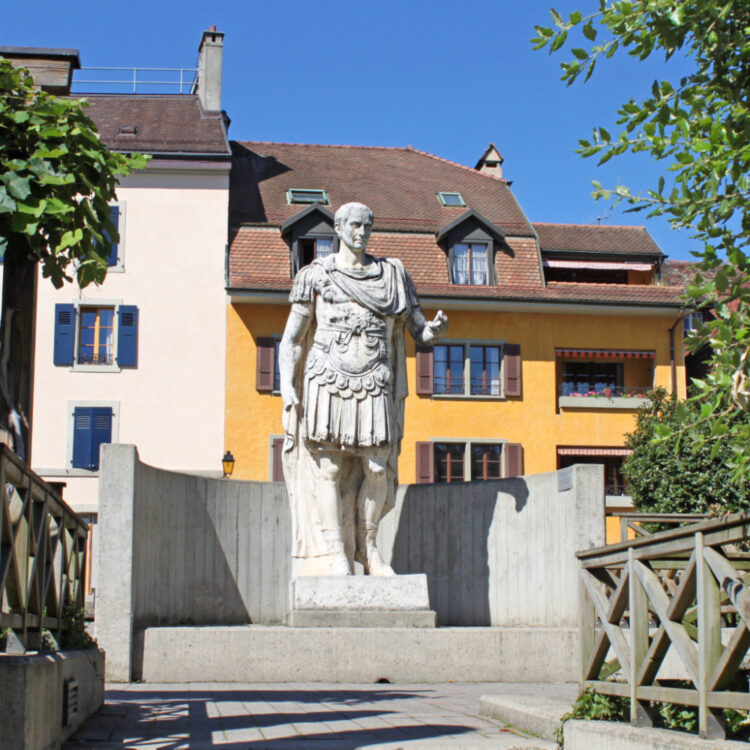 Julius Caesar Statue at the Roman Museum in Nyon, Switzerland, is a copy of the original in Rome.