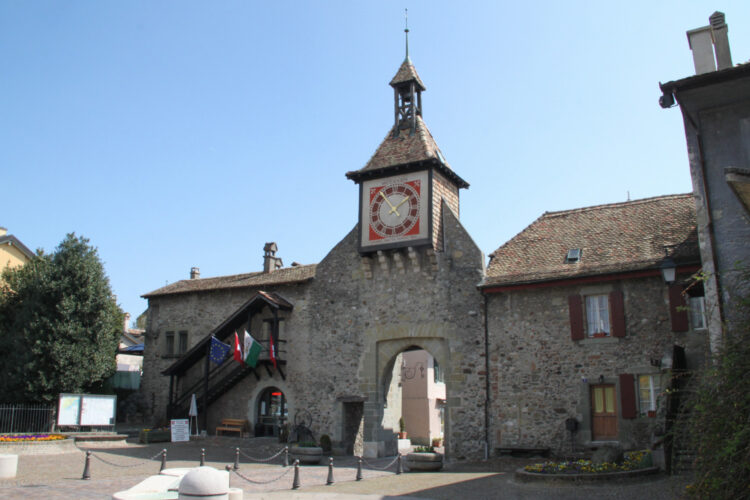 The Clock Tower of St Prex is one of around 70 medieval town gates that survived in Switzerland. It is one of three in Canton Vaud – the other two are in Moudon and La Tour-de-Peilz. The gate tower in St Prex is the only that still has its original machicolation – in French mâchicoulis – i.e. the holes through which stones and other object could be thrown on attackers. The main entrance to medieval St Prex was over a drawbridge across the moat – the hinge marks of the drawbridge can be seen on the walls of the clock tower.