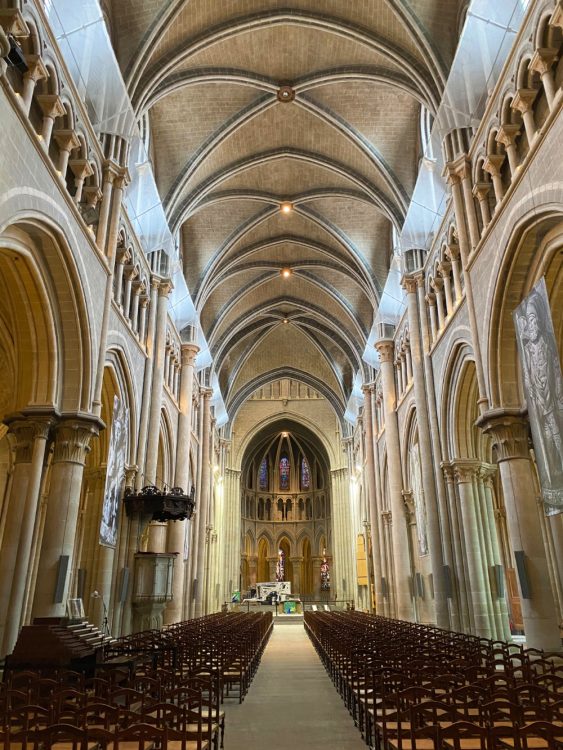 The interior of Lausanne Cathedral impresses with its long nave and the surprisingly harmonious appearance of the pillars and vaulting despite the three building-masters and the Gothic style still being developed and experimented with during the church’s construction period. Most of the central nave remains unadorned except for the Gothic architectural details and the 16th-century pulpit.