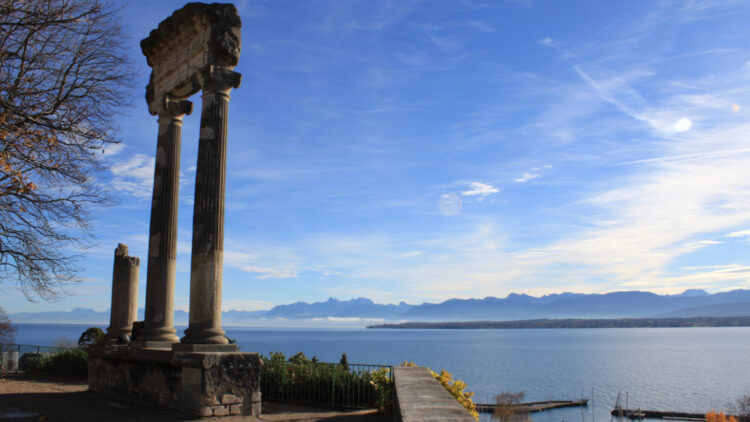 Nyon’s written history started around BC45 when during the times of Julius Caesar the Roman town Noviodunum, was founded on the shores of Lake Geneva. The Roman presence lasted until around AD400. Little remains of Nyon’s Roman past. Apart from the Roman museum, a few Roman items may be seen around Nyon. Some decorative stones were used in later buildings, a Roman bust is on display high up on the side of the tall building on the lakefront, but the most visual are the pillars erected above Parc du Bourg-de-Rive. These three pillars were discovered buried horizontally in old town Nyon and moved to overlook Lake Geneva in 1958. Here, they can easily be seen by travelers arriving by boat or by car from the Geneva direction. These Roman pillars vie with Chateau de Nyon to be the symbol of Nyon.