The archeological site under the Cathedral St Pierre reveals some of the ancient secrets of Genève in Switzerland including Roman buildings and several older churches. 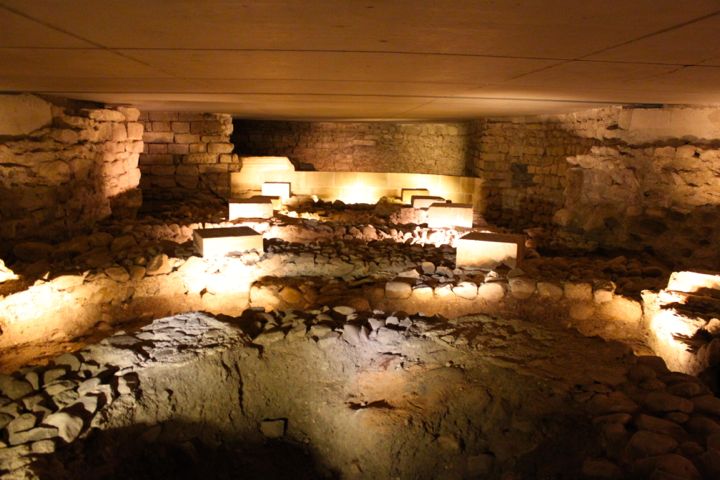 Visitors to Geneva in Switzerland can explore some of the city’s oldest traces in the archaeological site directly underneath the cathedral where Jean Calvin once preached. Visitors can explore the foundations and remains of several Roman buildings as well as several churches that preceded the present Gothic cathedral of St Pierre. The main attractions are the foundations and ruins, which are explained surprisingly interestingly but the museum will never truly be of interest to many.

The Archaeological Site of St Pierre Cathedral in Genève 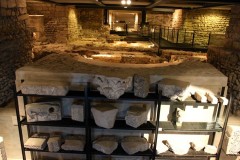 Restoration work to the Cathedral of St Pierre in the heart of old town Geneva during the 1970s, required much of the cathedral floor to be removed. The work laid bare ancient foundations, which were made accessible to visitors after the cathedral received a new concrete supported floor.

The archaeological site is surprisingly big – the accessible parts are almost the full length of the modern cathedral and more than its full width. A model at the entrance illustrate the changes at the site from a Roman city to an episcopal center with three separate churches in the post-Roman era, a single cathedral erected around AD 1000 and finally the existing twelfth-century Gothic cathedral (with later neo-Classical façade). 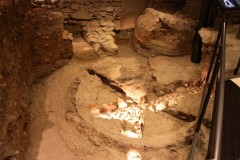 The main sights in the archaeological site of St Pierre Cathedral are the remnants of older buildings. At first glance, it does not sound particularly interesting but careful studying of the signs (or using the audio guide) can reveal much more than the inexperienced eye will observe. However, the site will never really be of interest to people for fascinated by medieval archaeology.

The succession of churches on the same site shows how church architecture adapted to changes in religious ceremonies and habits. In the earlier churches, the baptistery was central with a dedicated bath fed by elaborated plumbing, while it is mostly reduced to a simple font in most modern churches.

Monk cells in Geneva had under-floor heating showing that this custom did not die out with the departure of the Romans (or that the local monks had Cistercian inclinations). Other excavations revealed a butcher shop and a wheat-processing center – in Central Europe drying wheat out artificially after harvesting was essential to preserve the grains through winter.

Models, graphics, and audiovisual displays further explain the ruins and history of Geneva between the Roman period and the Gothic era. 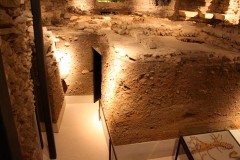 I found the interview with the historian particularly interesting. She clearly explains the change from Roman to Christian control; how the Christians had no influence in the decline of Roman rule, did not seek or welcome it, but were able to largely fill the gap in control (and ultimately largely benefit) after the fall of Rome.

The Archaeological Site of Saint Pierre Cathedral in Geneva is open daily from 10 am to 5 pm. 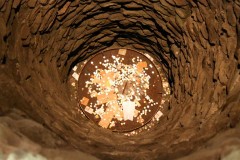 Admission is CHF8 (CHF4 for children 7 to 16) and includes the audio guide. The Swiss Museum Pass is valid. Espace St Pierre combination tickets are CHF18 and include access to the Archaeological Site, the Reformation Museum and the towers of St Pierre Cathedral. (If money is tight, give preference to the towers, especially on a clear day.)

The entrance to the archaeological site is on the right-hand side of the cathedral front down a flight of stairs. The site is wholly inaccessible to wheelchair users or strollers.