Getting to Fribourg / Freiburg city in Switzerland is easy by car or train with good rail connections to airports in Geneva, Zurich, Basel, and Bern.

Traveling to the Swiss city Fribourg (Freiburg), capital of the similarly named canton, is easy from most parts of Switzerland and indeed from most of Europe. Fribourg has good road and railway connections, especially to nearby Bern and Lausanne. Fribourg is also easily reached from Swiss airports including Zurich, Geneva, little-used Bern, and Basel (popular with low-cost airlines). Fribourg is a great city for walking but buses are also useful for scaling some of the very steep hills.

Fribourg / Freiburg is on the River Sarine / Saane, the unofficial dividing line between French-speaking (to the west) and German-speaking (to the east) Switzerland. Fribourg city is more French but German is widely understood. 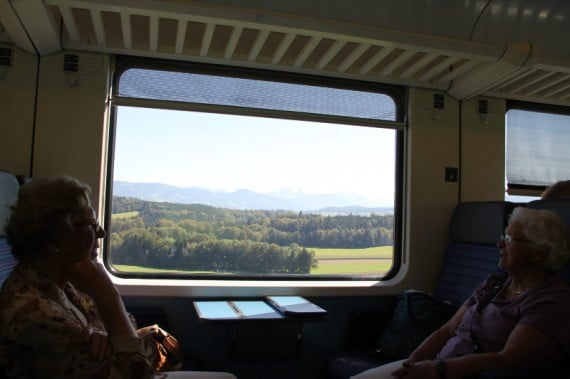 Flying to Fribourg (Freiburg) requires traveling through any of Switzerland’s four main airports. Bern Airport (BRN) is the closest to Fribourg but sees only a very limited number of flights.

EuroAirport Basel-Mulhouse-Freiburg (BSL) is an alternative with many cheap flights on low-cost airlines. However, note that the Freiburg in this airport name refers to the German city Freiburg in Breisgau. Transportation from Basel Airport requires an easy bus ride to the main train station. Traveling time by bus and train from Basel Airport to Fribourg is around two hours.

Driving to Fribourg (Freiburg) in Switzerland

Fribourg is in western Switzerland in between Bern and Lausanne. The Autoroute A12 that connects Bern with the Lac Léman region goes inland from Lake Geneva near Vevey and Montreux and passes very close to Fribourg city. Autoroute A12 goes through more hilly areas than for example the A1 but provide no serious driving obstacles and often beautiful views of the Alps.

Driving times and distance to Fribourg / Freiburg city from other parts of Switzerland are:

Transfers by car are expensive in Switzerland and best booked in advance. Klook gives easy online quotations without requiring personal information in advance. 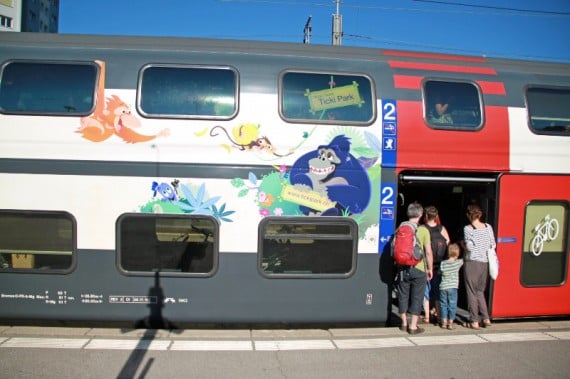 Both Inter-City (IC1) and Inter-Region (IR15) trains operate on the route between Lausanne and Bern. The IC trains are slightly more comfortable with magnificent views from the upper level. The Inter-Regio trains stop more often but actual traveling times to Fribourg are almost identical and the fares exactly the same.

As the capital of the canton, Fribourg also has good local train connections to other popular sights in the region. The following are direct trains, unless otherwise noted, but usually several further options are available but requiring transfers. Traveling times by train from Fribourg are to:

The best transfers are usually made in Bern or Lausanne when traveling to Fribourg from stations not served by direct trains. 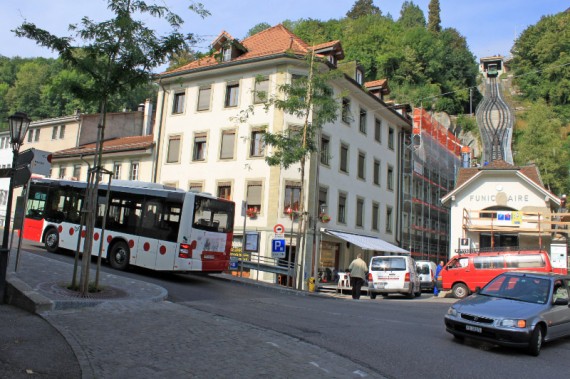 Fribourg is a lovely town for strolling in but many of the inclines are steep and once in the Sarine valley, it is a long, uphill walk back to the station. A few public transportation options are particularly useful to tourists visiting Fribourg and marked on most maps issued by the tourist office:

The Funicular connects in two minutes the upper town from the top of Route des Alpes with Place du Pertuis in the lower town near the Fri-Art contemporary art gallery. It is the last funicular in Europe that is driven simply by the weight of waste water.

Bus line 4 connects the Gare (station) with Auge at the far end of the Zaehringen Bridge. This bus route goes mostly through the lower valley and crosses the meandering Sarine River three times via the St Jean, Milieu and Bern bridges. The bus not only offer great views but is a comfortable ride back to the upper parts of town. The bus usually runs four times per hour.

More on Fribourg (Freiburg) in Switzerland